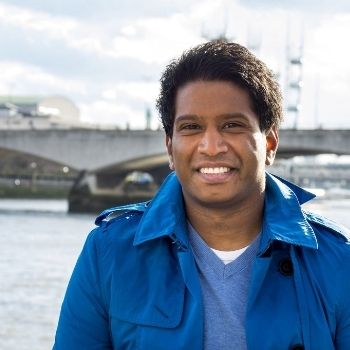 Gavin Ramjaun is a presenter, host and senior journalist across UK TV, radio and content in sports, entertainment and news. He is currently one of the main faces of BBC Sport and hosts rolling sports coverage for the BBC’s network of shows across BBC One, Two and News Channel, in addition to BBC World which has a reach of over 400 million a week.

Gavin has a huge portfolio of TV work that started with his on-air break presenting Newsround and Sportsround on CBBC from 2005. He then went onto hosting and anchoring for BBC Sport and BBC News, BBC One, Sky Sports News, Sky News, CBS News in America, Breakfast television for ITV and Channel 5.  He also presented live news coverage for the biggest sports network in the country - Sky Sports - and hosted live at several events and matches with global appeal.

He has also worked for the US network CBS where he was a London correspondent, specialising in breaking news.

Alongside his TV presenting, Gavin has begun a new chapter in his broadcasting and publishing career with the start of his Multi-Channel Broadcasting network MAN-ZILLA online and on social media. The Channel caters for independent news and feature projects that aim to address men’s status issues, mental health and identity a subject close to Gavin's heart.

Gavin is also known for his corporate work as a Global speaker. He talks to International business groups on how to make messages and stories count. He covers his life experiences and how he worked his way up from the bottom as a runner, experiencing  diversity, racism and breaking barriers along the way. His passion for industry and people has seen him grow this interest by engaging in motivational talks to youth groups, schools and universities whilst also hosting and speaking at corporate events.

With a known presence and following from broadcast, social and online, Gavin’s personality, energy, manner and diligence when it comes to presenting is something which stands out to audiences on first impact.

"Gavin was great. It was a difficult venue and a very tight get in, which meant we had no time for rehearsals. He really got stuck in and worked with the team to make it happen.  We were very pleased."  DRP Group for the Reckitt Benckiser Group Awards