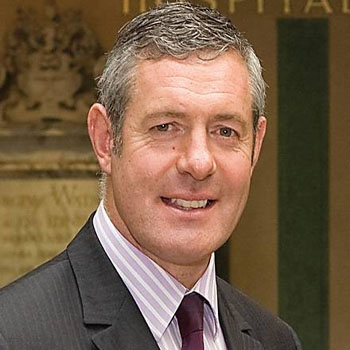 Gavin Hastings was born in Edinburgh on 3rd January 1962 and was educated at George Watson's College before going on to study Land Economy at Cambridge University via Paisley College of Technology. He won two rugby blues at Cambridge and Captained the Light Blues in the 1985 Varsity Match prior to winning his first Cap for Scotland in the 1986 Five Nations Championship match against France, alongside brother Scott. He kicked six penalty goals on his debut to give Scotland an 18-17 victory. Eight years later they both won their 50th Caps together in the corresponding fixture at Murrayfield.

He captained Watsonians (in Scotland), London Scottish (in England), the Barbarians ( in Hong  Kong), the British Lions (in New Zealand) and Scotland (in South Africa) and has toured with various representative teams all over the world.


His Scottish highlights included playing in all three Rugby World Cups to date; winning the 1990 Grand Slam with Scotland and captaining his country to an historic away victory over France in 1995 after 26 years of trying.

Gavin retired from International rugby after the 1995 World Cup in South Africa having played 61 times for his country, 20 of them as Captain. He scored over 700 points in official Test Matches, placing him second behind Australia's Michael Lynagh in the list of all time record point scores.

In 1995, Gavin formed his own company, Hastings International, specialising in sports marketing and sponsorship, based in Edinburgh. Clients include The Famous Grouse, Edinburgh Reivers rugby team, and the Scottish Cricket Union. He also regularly gives motivational and teambuilding talks to blue chip companies such as British Airways and organises hospitality events throughout the UK.

He is a keen golfer with a handicap of 6 and occasionally still plays club rugby for Watsonians.