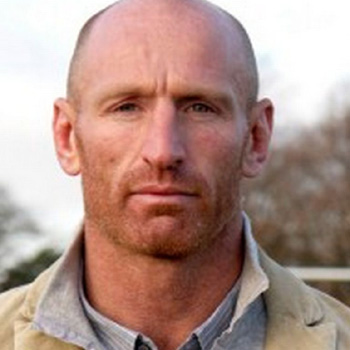 Gareth Thomas is one of the most iconic former Welsh professional rugby union and rugby league players of his time. Gareth  became Wales' third most-capped rugby union player, with 100 test match appearances, he is listed 10th on the all time list; is 9th highest try scorer in the world, and is one of just 7 players to have scored 4 tries in a match.
The versatile player has done it all captaining both the Grand Slam-winning team and the British & Irish Lions tour of New Zealand in 2005. In the same year he was named BBC Wales Sports Personality of the Year in recognition of his outstanding achievements. His personal life hit the headlines in December 2009 when he revealed his sexuality to the world, making him at that time the only openly gay high profile sportsman in the UK.
Voted top of the Pink List for the 101 Most Influential Gay People in the UK Gareth Thomas is an ambassador for LGBT, a public supporter of ChildLine and recently launched a new Diversity Management Training Programme. This initiative aims to increase diversity awareness in businesses and stresses the importance of inclusion and teamwork in the workplace.
As well as working as a rugby speaker Gareth Thomas has appeared on a number of high profile reality TV series including Celebrity Big Brother where his popularity saw him through to the final three contestants. Thomas has also appeared on Dancing on Ice and as a pundit and commentator for a number of important rugby union games for the BBC.
Gareth uses his unique situation to captivate audiences with heartfelt corporate talks about his impressive sporting career, as well as his personal life and the difficulties he experienced when trying to come to terms with his sexuality.
The frankness and openness of his experiences delivered through sincere and eloquent speeches make him a rare and accomplished orator, as well as one of the most compelling sports personalities around.
Read More