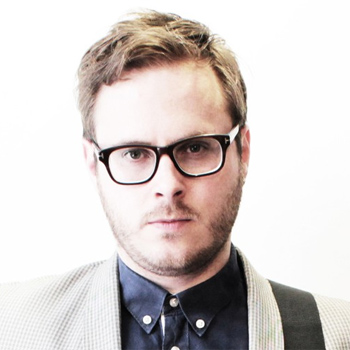 Nominated for the Foster's Edinburgh Comedy Award 2010 for Best Newcomer Gareth Richards' engaging observational comedy and inspired one-liners have made him in an instant favourite on the comedy circuit. He has also regularly appeared on radio on Saturday mornings co-hosting with Frank Skinner on Absolute Radio.

In 2008 he was nominated for the Leicester Mercury Comedian of the Year Award, and later won a place as part of the Comedy Reserve, the Edinburgh Festival showcase run by the Pleasance.
Previously he was a finalist in the Hackney Empire New Act of the Year 2007 competition, and a runner-up in both the final of You Must Be Joking (Newbury Comedy Festival), and the Amused Moose Laugh-Off, held at the Edinburgh festival.
Gareth has appeared in the Comedy Zone at the Edinburgh Festival - the fringe's longest-running and most prestigious stand-up showcase and took his award-nominated show Stand Up Between Songs to the 2010 festival.
His show 'It's Not the End of the World '  showcased at the Edinburgh Festival Fringe in 2011. Following a number of predictions that the world is going to end in 2012 Gareth predicted that it would not. He can't see the world ending any time soon, in which case how do we cope with the disappointment that the world is going to continue to exist?
To lighten the mood Gareth checked the audience out for suicide bombers, while telling the story of the day in his life when the world came closest to ending. He also performs some songs on the Omnichord, an instrument he rescued from the 1980s, including The Song Where The Jokes Go To Die, a protest song about David Cameron and Nick Clegg (as long as the coalition holds together) and a song about what he'd do if he was one of the last two people on earth.
Read More