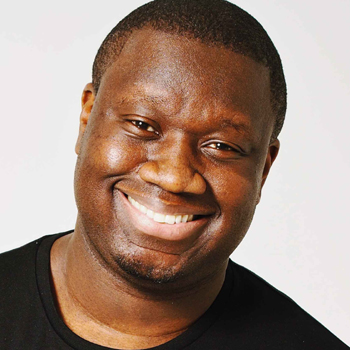 It’s been an amazing 12 months for Funmbi, he has appeared on The John Bishop Show (BBC One), Play To The Whistle (ITV1), The Vacuum (ITV2), The Blame Game (BBC NI), I’m A Celebrity Get Me Out Here Now!(ITV2), Too Much TV (BBC Two), The Premier League Show (BBC Two) and @elevenish (ITV2).

He also embarked on a Spring 2016 tour, including two sell-out runs at the Soho Theatre, following the success of his sold-out Edinburgh show Funmbi Omotayo: Legal Immigrant. The show follows Funmbi‘s childhood travels, from London to Lagos and back again, highlighting the hilarious stories that have come from him being a fish out of water.

Funmbi is also a trained actor and has appeared in various sketch shows including Tramadol Nights (Channel 4) and Sniggers With Attitude (London Live).