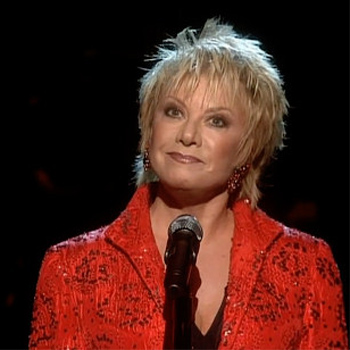 Elaine Paige is undeniably the First Lady of Musical Theatre. She has been charming audiences worldwide for over 40 years as a singer, actress, recording artist, producer and broadcaster. She is also a popular BBC Radio 2 presenter, with her own programme that focuses on shows and musicals.
Elaine has starred in numerous West End and Broadway productions, initially sweeping to fame as Eva Peron in Evita in 1978. She has also starred in Hair, Jesus Christ Superstar, Grease, Billy, Chess (with her record breaking number one hit 'I Know Him So Well' with Barbara Dickson), Anything Goes, Piaf, Sunset Boulevard in London and Broadway, The King and I, and Sweeney Todd (New York City Opera). She has worked twice with Sir Peter Hall's Theatre Company in The Misanthrope and Feydeau's Where There's A Will.
Outside the theatre, Elaine has graced prestigious stages around the world and has appeared in many television roles including her own TV specials.
2012 saw Elaine once again treading the boards on Broadway, to great acclaim, as Carlotta Campion in Follies and also performing at the Grammy Award nominated cast recording. In addition, Elaine undertook tours of the USA, Australia, New Zealand and Asia as well as numerous performances around the UK, including a Christmas headline show for The Prince's Trust in London.
Elaine Paige is available for private and corporate events and can perform with piano, band or orchestra.
Read More