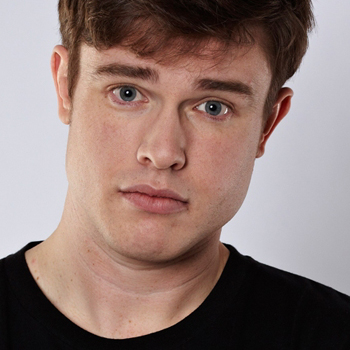 Stand-up comedian Ed Gamble is known as a regular on Mock the Week (BBC2) and for being the co-creator and co-host of the hugely successful mega-hit podcast Off Menu with James Acaster. The podcast was an instant success, leaping to the top of the charts when released in 2018, and has consistently topped the iTunes and UK Comedy Podcast charts since. It has had over 40 million downloads. He is also the co-presenter of Radio X’sSunday morning show with Matt Crosby

An early adopter to Podcasts, he co hosted the cult hit Peacock and Gamble Podcast originally.

Ed has made stand-up appearances on Live at the Apollo (BBC Two), The Royal Variety Performance (ITV), The Russell Howard Hour (Sky One), and on the US TV show Conan (TBS). In August 2019, Ed’s first stand-up special, Blood Sugar, was released as an Amazon Prime original special in 200 countries worldwide.

Ed was crowned the series nine champion of the award-winning television show Taskmaster (Dave/Channel 4), and his other television credits include 8 out of 10 Cats (Channel 4), Roast Battle (Comedy Central), The Apprentice: You’re Fired (BBC Two), Richard Osman’s House of Games (BBC Two), and Hypothetical (Dave). As an actor, Ed played the lead role of Georgie Carlton in Almost Royal (BBC America/Netflix).

On stage, Ed’s tour show Blizzard had a twice-extended sell-out UK run and culminated with a final performance at the 1,200-seat O2 Shepherd’s Bush Empire.

"He was brilliant! Thank you so much the audience thought he was hilarious we were really happy." Insurance Company Annual dinner – Dec 2018