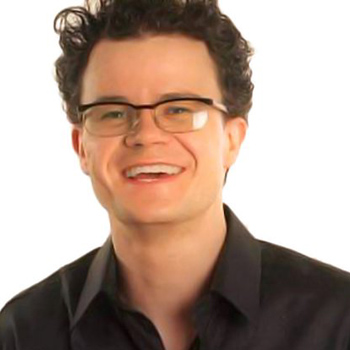 Since becoming a professional comedian Dominic has performed highly acclaimed sell out shows at the Edinburgh Festival, and even won the Perrier Best Newcomer Award.

Dominic's material is what sets him apart.  It's inoffensive and totally accessible to all, relying heavily on acute observations on all our lives. His material, combined with a very personable stage presence, always make his shows relaxing, intimate and hugely enjoyable.

Dominic has been described by The Guardian as "A comedian who makes you feel glad to be alive". He is now one of the country's most respected comedians, playing regularly at The Comedy Store and Jongleurs and performing full length at theatres all over the country.

The Small World of Dominic Holland show on BBC Radio 4 broadcast in 2000, was named as one of the listeners most popular comedy shows.

His writing credits include work for the late Bob Monkhouse, On the Spot, BBC Radio 2's What If sketch show and the BBC's Clive Anderson series, in which he also appeared, giving a comedic slant to the weeks news topics.

His novel, Only In America, was published in May 2002 to excellent reviews, "hilarious modern day fairytale from a sensational new voice in contemporary fiction", Amazon.

In addition, Dominic has made numerous guest appearances on such television shows as Have I Got News For You, The Clive James Show, The Brian Conley Show, The Des O'Connor Show, The Stand Up Show, Edinburgh Nights, Best of Edinburgh, The Royal Variety Show, Never Mind the Buzzcocks.

In the corporate market Dominic has carved a niche as one of the most talented hosts and after dinner speakers around.

Dominic has written a Blog charting the success of his son in the acting world (Tom is the new Spiderman, having appeared in a number of  Hollywood films), looking at how he has become "eclipsed" by his son.  The blog became the critically acclaimed "How Tom Holland Eclipsed his Dad' published 2012.
"The evening was a great success and I earnestly believe that your role contributed greatly to this...should the awards be repeated you'll be first on the list!"  DLA on Dominic Holland who hosted their annual awards ceremony

"a huge thank you for all your hard work on Friday evening. You were fantastic at engaging with the audience....we have received some lovely emails from the client and from guests who attended, saying how special the whole evening was."  Dominic hosted an awards ceremony for Archant Media
"Brilliant - the client loved him"   DBMT who subsequently booked Dominic for three other events

"Dominic was good...From where I was standing I could hear a lot of laughing"  Royal Sun Alliance