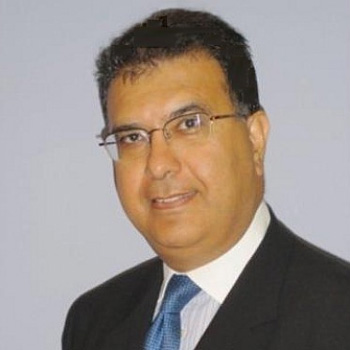 Deepak Lalwani is Founder and Director of Lalcap Ltd, a London based consultancy specialising in business with India.
Prior to setting up his own company he was Director - India at London stock broker, Astaire, where he worked for over 16 years.  He is currently a consultant-India at stockbroker W.H. Ireland. He is one of only two Indian members of The London Stock Exchange and is regarded by his peers as an authority on India's economy.
He is a qualified accountant in the UK (a Fellow of the Chartered Association of Certified Accountants) and a Chartered Fellow of the Chartered Institute of Securities and Investment.  His passion is enhancing UK-India business and investment ties.
For over 17 years he has authored the influential India Report distributed globally to key decision makers, including investment managers, top businessmen, Chambers of Commerce, MPs, the House of Lords and the media.
In 2010 he received three prestigious awards. In New Delhi he received the Bharat Samman Pravasi Award from the NRI Institute, previously awarded to The President of Mauritius and several members of the House of Lords. He was awarded an OBE in The Queen's Birthday Honours List 2010 for services to the UK's financial services industry and in September was given "The Glory of India" award for deepening UK-India goodwill and relations.
In 2011 he was made an Honorary Fellow of the University of Central Lancashire.
He is a regular commentator on India's economy on global TV, radio and in the press, and has influenced major investment into India. He also delivers keynote and special addresses, after dinner speeches, chairs and moderates investment conferences and seminars and also gives presentations as a speaker. He is a guest speaker for MBA programmes at top UK business schools.
Read More