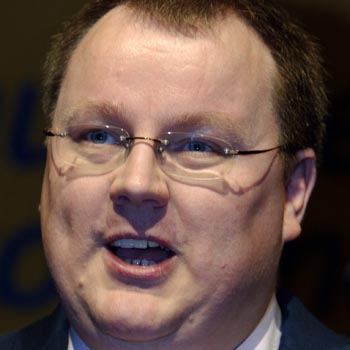 Declan is a well known financial journalist and regular contributor to LBC.

He spent two decades at the BBC, across both TV and Radio. He is possibly best known for BBC Breakfast where he presented the business section daily from the London Stock Exchange, and 'Wake Up To Money' on BBC 5 Live as well as the business debate programme 'Show Me The Money' on the BBC News Channel.

He has interviewed chief executives, trade union leaders, stock market watchers and economists, along with individual workers and investors. He has also broadcast his own personalised reports on the stock market and investing.

Declan has also appeared coast-to-coast across the United States each morning, with a live business and news report for the US network ABC as well as writing a regular diary column for ABC's news website, ABCNews.com

He writes for newspapers and magazines in the UK, Ireland and the United States. He has been published in the "Independent" and "Guardian" newspapers, "Shares" and "Caterer & Hotelkeeper" magazines, "Business & Finance" in Dublin, "The Irish Examiner" in Cork, and "The Ulster Newsletter" in Belfast.

Declan has chaired many national high-profile conferences and awards ceremonies including the National Business Awards conference, the BCSC Annual Conference, the EMAP/AM Dealer conference and the DTI e-commerce awards. He has also presented at the flagship Thomson Exel awards for City analysts.

He speaks at conferences, industry dinners and charity functions. Recent events include the Alliance for Finance pensions conference and the Engineering Employers Federation "Year in Industry" initiative, along with events for the British Consultants and Construction Bureau, the NI Chartered Institute of Management Accountants, the Institute of Bankers in Ireland and Strabane-Lifford Rotary Club.

He has been a judge for the British Insurance Awards, the Proshare Investor Awards and the Princes' Trust Business Awards, among others.
"Everyone has said what a brilliant job you did! You truly were the glue that made everything stick together, keeping energy levels high and the momentum going! The awards have been a success – and you played a big part in making that happen."
"Declan was great.  He was lovely to work with.  Very professional, but easy going."

"Declan was excellent! The tone and content of his presentation was spot-on and he applied his charm and superb facilitation skills to ensure the panels were both informative and enjoyable. Ten out of ten! "

"Declan was great. He took a real interest in the event and I thought the content of his speech was relevant and topical. I would definitely use him again for a dinner of that sort and though he related especially well to the audience."
"Thank you so much for recommending Declan he was superb and did a fantastic job ...he was a delight to work with and I would not hesitate in recommending or using him again."

"Declan was a star. He put the contributors at ease and kept the proceedings flowing¦his jovial, yet authoritative style worked well, and he held people to account when necessary... we'll be using him again!"  Declan hosted the ABI Motor Conference