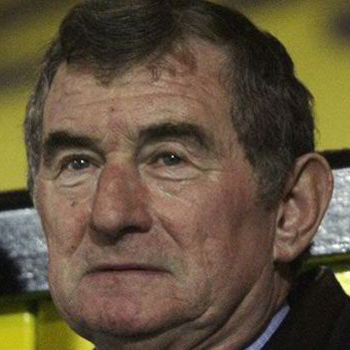 David Pleat is one of the most respected names in football having been involved as a player, a coach, a director of football, an administrator, and a media pundit for more than 51 years. An accomplished and articulate speaker, David's experiences of working with the biggest names in football and television provide fascinating material for either after dinner or keynote conference listening.
David's playing career was cut short by injury but included spells with Nottingham Forest & Luton Town having first made the grade as an England Youth International. Respected as a strong advocate of  teams playing an attacking, entertaining football, David has enjoyed spells managing Luton Town, Sheffield Wednesday and Tottenham Hotspur where he was also Director of Football from 1998 - 2005.
He is the longest serving member of the League Managers Association, a former Chairman of the Premier League Panel to review Reserve Team Football as well as numerous other bodies connected to the administration of the nation's favourite sport.
David has extensive media experience having written for the Times, Daily Telegraph, Daily Mail Independent and Guardian. He has been a TV summariser for ITV and BBC as well radio pundit for BBC Radio 5 live including two World Cups  - the last being 2010 in South Africa.
Read More