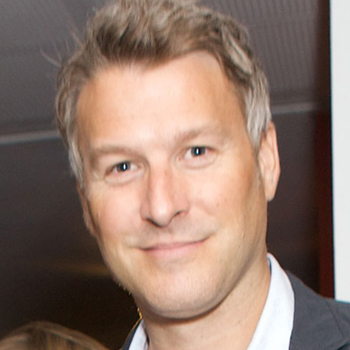 Dan Lobb is a hugely popular television & radio presenter and corporate event host.
Dan spent time working in management and PR before embarking on a career in TV in 2001. Starting at a local cable station, he assisted the sports producer and was soon asked if he wanted to host a midweek sports show. That‘s where his presenting career began. Several shifts at Channel 5 News followed before being offered a contract at Sky thanks to a successful screen test. Dan presented on Sky News, Sky Sports News, Sky Poker and various Sky Sports shows for 8 years, clocking up well over 6000 hours of live broadcasting experience in studios and on outside broadcasts.
Dan left Sky in 2009 and was offered the newly created sports presenter role on GMTV at the beginning of 2010. He was retained as Sports Editor on Daybreak and soon established himself as the regular stand-in anchor on the sofa as well as delivering regular adventure and lifestyle features. Dan became the main presenter in early December 2011.
Away from the sofa he appeared as a contestant on Strictly Come Dancing in 2011 where he comprehensively proved he had better stick to presenting. His other television credits include Loose Women, The Alan Titchmarsh Show, It Takes Two, Ad of the Year, Britain‘s Secret Treasures and The Chase Celebrity Special. He is also a regular presenter on TalkSport.
As a corporate host he has proved himself popular with some huge blue-chip clients; Virgin, Barclays ATP Tour Finals, Vodafone, Willis, BMW and Mercedes.
Since leaving Daybreak in late 2012 and taking a well-earned break, Dan has been combining voiceover and corporate work with radio presenting while developing ideas in broadcast and media content. He is returning to TV screens in 2015 as the host of a new 50 part series on Channel 5.
"Dan was fantastic - very patient and professional and very popular with the ladies as well!"  Dan hosted the NHBC Health & Safety Awards - May 2011
Read More