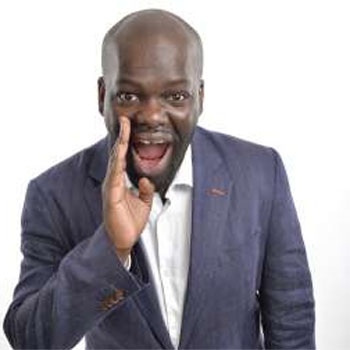 The son of a Malawian politician, stand up comedian Daliso Chaponda came third in Britain's Got Talent in 2017.

The 37-year-old who hails from Manchester began his comedy career in Canada with his acclaimed one man show ‘Feed This Black Man’. Following this, he began honing his craft in comedy clubs across Canada, later moving to South Africa and then to the UK, where he established himself on club circuit, and appeared n the Big Value shows at the Edinburgh Fringe in 2007.

He now regularly appears in comedy clubs and theatres across the around the world. He has participated in the Melbourne, Edinburgh, Singapore and Cape Town Festivals.

In addition to stand up comedy, Daliso is also a prolific fiction writer. He has published science fiction, murder mysteries and fantasy fiction in numerous magazines and anthologies. Recently, a play he co-wrote aired on BBC Radio 4.