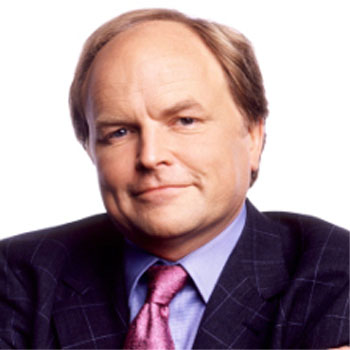 Clive Anderson was born in Stanmore, Middlesex in 1952. After studying law at Cambridge University, where he was also President of the Footlights revue group, he practised as a barrister in London for about 15 years.

Meantime he had written scripts for Frankie Howard, Griff Rhys Jones, Mel Smith and others, and performed as a stand-up comedian, which led to presenting radio and television programmes, in particular Whose line is it anyway? on Radio 4 and then on Channel 4. He presented ten series of his chat show Clive Anderson Talks Back, picking up British Comedy Awards in 1991 and 1992, before moving on to BBC One with Clive Anderson All Talk. In 2003 he also presented The Big Read for BBC Two.

On radio he currently chairs Unreliable Evidence, made by Above The Title Productions for Radio 4, in which Clive cross-examines some of the most eminent legal figures in the country. He also presents weekly arts programme Loose Ends also on Radio 4.

He says, "My personal pleasure from Unreliable Evidence comes from getting to chair discussions on legal matters involving the highest level of judges and academics - the sort of figures who would have terrified me when I was actually practising as a barrister."