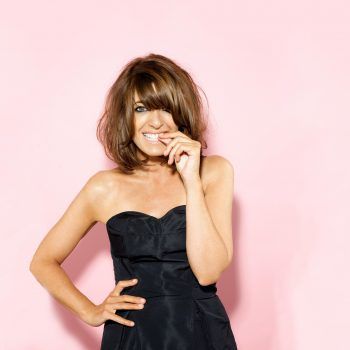 A regular and familiar face on TV, Claudia is the co-host of Strictly Come Dancing and has presented many, many other shows including BBC One`s Film Show, Eurovision-Your Decision, Comic Relief Does Fame Academy, Let's Dance for Sport Relief, House of Tiny Tearaways and Liquid News on the BBC, as well as coverage of the Oscars and the Golden Globes on Sky.
She has fronted three series of the popular BBC Radio 2 panel show Hot Gossip. She has guest hosted Never Mind The Buzzcocks on BBC2 and the fiery reality show Hell's Kitchen on ITV1. She was also one of the main presenters on Comic Relief night, teaming up with Jonathan Ross and she hosted coverage of the British Academy of Film and Television Arts from the red carpet for the BBC.
Claudia loves to write and has a weekly column on a Wednesday in the Independent. Also she has regularly contributed to the Sunday Times, London Evening Standard and Glamour and Cosmopolitan Magazines.

She graduated from Cambridge University with an MA Honours in History of Art which gives her an extra level of understanding and enthusiasmwhilst presenting Art's programmes.

Currently she can be heard on BBC Radio 2 on Saturday mornings!
"The evening was a great success and Claudia made it such a great success. Claudia was not only an excellent host who drove the whole positive energy in the room but she absolutely made our night by sitting with team cma for dinner. Claudia is wonderful company, down to earth and hilarious, she is a fantastic host. We had countless positive comments from all of our attendees many of whom practically mobbed her for selfies and she was gracious enough to oblige."
CMA Awards
Read More