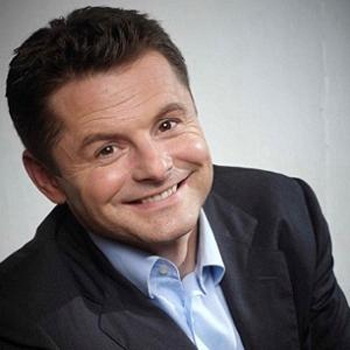 From the USA Masters Golf to the World Cup, to Royal Ascot and Wimbledon, Chris Hollins is recognised as one of television's most popular sports presenters.

Chris can be seen on air Monday to Thursday mornings as the main sports reporter on BBC Breakfast and is also a regular co-host of the show. He is also one of the presenters of BBC1's Watchdog as well as Cash in the Attic for BBC1 and Cash in the Celebrity Attic for BBC2. He is probably best known as the winner of Strictly Come Dancing 2009.

Before moving to BBC Breakfast, Chris was sports presenter for BBC News 24 and also reported for Grandstand and Football Focus. He began his career at Sky Sports in 1994, followed by spells at Channel One, GMTV, Meridian and Channel 5.

A talented sportsman, Chris played football for QPR and Aldershot. (His father is John Hollins MBE, the former Chelsea, Arsenal, QPR and England footballer.) He also took part in Sky One's The Match, playing a full 90 minutes on the celebrity side.