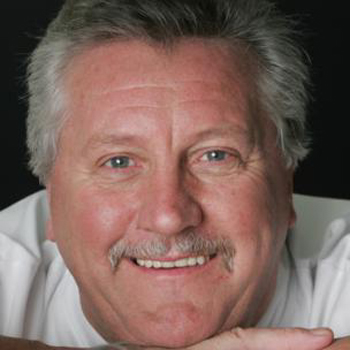 Brian Turner is one of Britain's most successful and well-known chefs. His early mentor was the food writer and broadcaster the late Michael Smith. Turner trained at some of the most prestigious hotels and restaurants in Europe: Following two years at Simpson's in the Strand with Richard Shepherd, (now owner of Langan's Brasserie), he followed Richard to 'The Savoy Grill' where he worked under Louis Virot. He then went to the Beau Rivage Palace in Lausanne, where he developed his skills and knowledge of classical cuisine.

Brian then returned to England and worked at Claridge's until 1971 when he went to the Capital Hotel where he again teamed up with Richard Shepherd. In early 1973 he took some time to work as a Chef Lecturer and later that year returned to the Capital Hotel where he and Shepherd earned a Michelin star. When Richard Shepherd left in 1975 Brian became Chef de Cuisine and he reigned for eleven years. During his period at the Capital Brian launched the Greenhouse Restaurant in Mayfair and the Metro Wine Bar in Basil Street, becoming executive chef at both establishments. Among the many well known chef's who worked with Brian are Gary Rhodes and Shaun Hill who now have their own Michelin starred restaurants.

In 1986 Turner opened his own restaurant Turner's, in Walton Street, Knightsbridge, which immediately attracted a regular clientele of local residents as well as a devoted international following who appreciated the degree of personal attention to both food, service and customers.Turner's set new standards for the British chef-owned restaurants which have become a feature of dining out in London.

Brian Turner has become a successful television personality, appearing regularly on 'Ready Steady Cook'. He has made numerous appearances on the 'Food and Drink' programme and has also been a judge on 'Master Chef'. He featured, as resident chef for many years on Granada's 'This Morning' eventually moving to the BBC for his own series 'Out to Lunch' and then 'Anything you can Cook'. Despite a hectic television schedule he still spent the equivalent of a full working week at the restaurant personally meeting and greeting his customers.

In 2001 whilst Turner's was at it's height, the pressure of regular outside work resulted in Brian selling Turner's of Walton Street.

Brian was the Chairman of the Academy of Culinary Arts for nine years and is the chairman of the UK Hospitality Skills Board. He has also been awarded an Honorary Professorship of Thames Valley University because of his work and commitment to The London School of Tourism, Hospitality and Leisure and catering education in general. He is regularly invited to be 'guest chef' at leading hotels around the world where his expertise is in great demand as a judge for national and international cookery competitions.

Books, television programmes, after dinner speaking engagements and cookery demonstrations all form part of his constant hectic schedule.  In 2002 Brian was awarded a CBE in the Queen's Birthday Honours for his services to tourism and training in the catering industry.

"The client thought Brian Turner was fabulous!!! He charmed them all! Thank you again for sorting this out for us."  Brian did a cooking demo and meal for UBS in June 2007