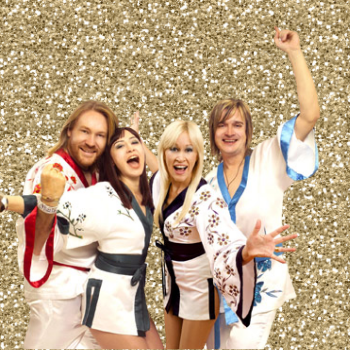 Top ABBA tribute act, Bjorn Again was founded in Australia in 1988 by Rod Stephen.
Rod's production company for Bjorn Again is based in North London and employs top class professional performers, having done 4,800 shows in 71 countries in 24 years.
Bjorn Again's personnel come from a pool of performers from throughout the Northern Hemisphere who are overseen by Rod who often plays and sings with onstage. Having been acknowledged by Bjorn Ulvaeus as being the show that single-handedly initiated the ABBA revival in the late 1980s and early 1990s, the Bjorn Again show is hailed as the most popular and successful show of its type.
BjÃ¶rn Again has performed at many types of event from large rock festivals worldwide including Reading and Glastonbury, to private performances for celebrities, including playing at parties for top UK golfer Colin Montgomerie, Microsoft's Bill Gates, comedian Rowan Atkinson,[actor Russell Crowe's Wedding, and for Russian president Vladimir Putin.
On May 1st 1998 BjÃ¶rn Again performed at the Royal Albert Hall. It was a sell-out concert and they performed 11 of ABBAs most famous songs.
In 1999 the UK Bjorn Again took part in a documentary for Channel 5 entitled "ABBA: Bjorn Again!". It followed the band as they toured the UK and explored their history. Throughout the programme the band spoke in their "Swedish" accents.
Read More