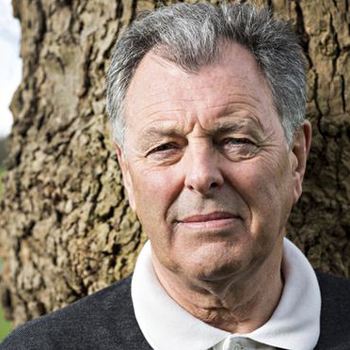 Bernard Gallacher was born in Bathgate, Scotland and took up golf at the age of 11. He won the 1967 Scottish Amateur Open Stroke Play Championship and turned professional the same year, going on to win the Sir Henry Cotton Rookie of the Year Award in 1968.

In 1969, at the age of 20, Bernard became the youngest man to represent Great Britain & Ireland in the Ryder Cup, up to that time. His first professional win also came this year, winning the PGA Championship just two years after turning professional.
Between 1974 and 1984 he accumulated an impressive 10 wins on the European Tour. He also finished in the Top 10 on the European Tour Order of Merit five times between 1972 and 1982, with a best placing of 3rd in 1974.

Bernard played in the Ryder Cup eight times and was non-playing captain of the European Team in 1991, 1993 and 1995. All three of those matches were very close; Europe lost the first two but had a stunning victory in the third match under Bernard's captaincy.

Bernard went on to play the European Seniors Tour and he had a win in 2002 at The Mobile Cup. He was also the professional at the prestigious Wentworth Club for 25 years until the end of 1996.

Following his time at Wentworth Bernard has worked with various blue chip companies, particularly on corporate entertainment. He is regarded as a golf day specialist, is an accomplished speaker, and is a leading media commentator for BBC Radio Five Live.