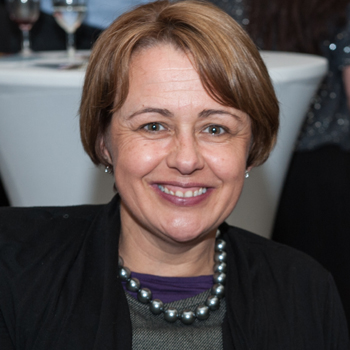 Baroness Tanni is also Britain's best-known Paralympic athlete, having performed at world-class level, in distances ranging from 100m to the marathon. Tanni's career has taken her around the world to every major international event. Her 15 Paralympic medals including 11 golds, six gold medals in the London Marathon and her comprehensive set of British and World Records make her achievements second to none in the disability sport arena.

Born in Cardiff in 1969, Tanni was named Carys Davina, however, when her sister first saw her she called her tiny which stuck and became Tanni. Tanni was born with spina bifida but with the support of her parents she was always encouraged to be independent. Tanni attended her local primary school at first using crutches and callipers and then a wheelchair. She progressed to St. Cyres Comprehensive School and subsequently obtained an honours degree in Politics at Loughborough University.

Tanni has received numerous accolades and awards in recognition of her Paralympic and sporting achievements, she was awarded third place in the BBC Sports Personality of the Year 2000, has become BBC Wales Sports Personality of the Year three times, taken the title 'Welsh Woman of the Year' and many more. In 2000 Tanni was decorated with the OBE in the Millennium New Years Honours List in honour of her services to sport and in 2004 was awarded a Dame hood.

As much a loved and respected individual both on and off the track, Tanni 's TV work has included appearances on BBC Question Time; Breakfast with Frost:, Celebrity Mastermind, The Weakest Link; Grandstand; A Question of Sport; and They Think It's All Over. Tanni is also an accomplished TV and radio presenter.

Alongside this impressive list of sporting and media achievements Tanni has been active in the administration, management and politics of sport. She has lobbied and promoted many issues and causes associated with disability sport and disability in general, resulting in a much higher profile for sports for people with disabilities, and improved access and understanding of the people and sports involved.

Tanni is articulate and well informed; and is an exceptional conference and motivational speaker. She is at ease talking to schoolchildren or professionals and one of her greatest achievements must be in making people more aware of disability and what can be accomplished with will-power, and sheer determination. Her autobiography Seize the Day was published by Hodder and Stoughton in 2001.
Tanni now lives in Redcar with her husband, Dr. Ian Thompson and their daughter Carys, who was born in February 2002.
Read More