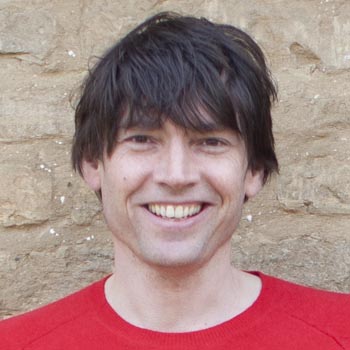 Bass player, rock star, newspaper columnist, and farmer Alex James has packed a lot into his life.
Joining college mates Damon Albarn, Graham Coxon and Dave Rowntree to form Blur, Alex found himself on a path to indie rock stardom. The band produced a number of seminal albums before launching Parklife at the peak of the Britpop era. Success was quick and huge, and their tracks including Parklife, Girls and Boys, and Country House, along with their rivalry with Oasis, defined the mid-1990s music scene.
Alex became famed as the hedonist in the band, renown for drunken nights around Soho with celebrity friends. However, the effective break-up of Blur and newfound responsibilities saw Alex leave the bright lights behind and move to the country.
Alex is now a farmer and cheese-maker. He writes about his new idyllic Oxfordshire life for the Independent and Observer newspapers and the Spectator magazine, alongside regular TV appearances including BBC2's Maestro and Channel 4's Orange Unsigned. He has also written a book, Cocaine - Alex James in Columbia, in which he discovers the true cost of the drug on the people involved in its production and trafficking.
Blur are back together, but Alex's heart remains in cheese; 'Music is tribal, cheese is universal'. On his farm, Alex has created the medal winning Little Wallop, a goats' cheese washed in cider brandy, and the Blue Monday cheese.
Read More