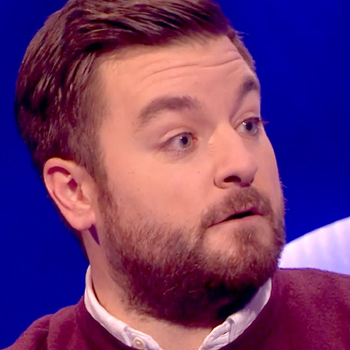 Alex Brooker burst into television after successfully auditioning for Channel 4's Half Million Quid Talent Search to find new disabled talent for the 2012 Paralympics. He joined Channel 4 and reported at the Paralympics Opening Ceremony, interviewing Boris Johnson and the Prime Minister in front of a TV audience of 11 million people.
After this, Alex featured on The Last Leg as a co-presenter alongside Adam Hills and Josh Widdicombe.  Following its award-winning success, the show returned and is now into its third series. The Last Leg recently won an RTS Award for Best Entertainment Show being commended for its wit, heart and boundary pushing.
In 2014 Alex joined Davina McCall co-hosting The Jump which saw twelve famous faces take on some of the most challenging and dangerous winter sports.
Alex has also fronted his own documentary for Channel 4, Alex Brooker: My Perfect Body, in which he explored male body image, while trying to lose two stone and gain a six pack in two months. Alex  tried out extreme fads and pushed his body to the limit, losing 10lbs in seven days on the cayenne pepper diet.
With his sharp wit and antics, Alex has become a panel show favourite, appearing on 8 Out of 10 Cats, Fake Reaction and Never Mind The Buzzcocks.
A fountain of knowledge, Alex acted as chief writer on the official guide to the 2012 Paralympics, which included comprehensive venue and sports guides, facts and figures, features on key athletes and a look back at great moments from past Paralympic Games.
Alex earned a BA/Hons Journalism degree from Liverpool John Moores. After university he worked part-time at the Liverpool Echo as a Junior Sport Writer before moving to the Press Association to become a sports journalist.
Read More