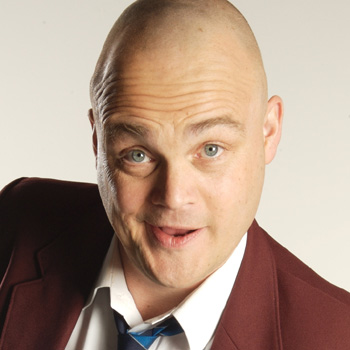 Al's huge stand-up tours have made him one of the most popular live comedy acts in the country, winning the Perrier Award (after a record four successive nominations) at the Edinburgh Festival and securing Olivier Award nominations for both of his celebrated sell-out West End runs. Internationally, Al has forged an enviable reputation with numerous sell-out runs in Melbourne, Sydney and Montreal and New Zealand.

On television, Al's credits include 'An Audience With Al Murray', 'The Pub Landlord' his acclaimed pub based sit-com 'Time Gentlemen Please' (Sky One), 'Al Murray's Multiple Personality Disorder' and his own Saturday night entertainment series.

Al has appeared as himself on many shows including The Frank Skinner Show (ITV1), The F-Word with Gordon Ramsay (Channel 4), Celebrity Who Wants to Be a Millionaire (ITV1), Time Team (Channel 4), Celebrity Fame Academy for Comic Relief (BBC One) and famously appeared on the first series Hell's Kitchen (ITV1) with his Fish Pie. He also presented The Road To Berlin, a 10 episode documentary series on WWII for Discovery.

With sales of 300,000, his Pub Landlord Book of Common Sense was a best seller. His second book Think Yourself British was published in 2009,and in 2010 was followed by The Pub Landlord's Great British Pub Quiz book.
Read More