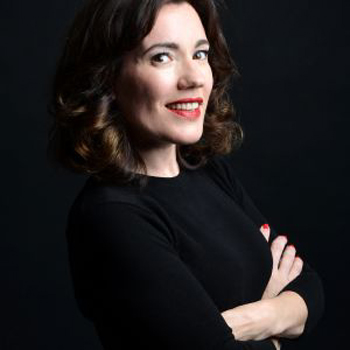 Scottish-born Wendy Wason launched her comedy career in 2004, getting to the final of Funny Women and semi-finals of So You Think You’re Funny at the Edinburgh Fringe in 2005.

She was already an established actress with roles in Coupling and the IT Crowd, working with everyone from Chris O’Dowd and Nicholas Lyndhurst to Johnny Depp and John Malkovich. In February 2014 Wendy was nominated for best actress in Hollywood for British Hustle, the Toscars spoof.

Whilst her acting career continues, her comedy career has taken off. 2008 saw Wendy in America on NBC’s Last Comic Standing and was also the year she did her first one-woman show at The Edinburgh Festival: Things I Didn’t Know. Her charisma and wit ensured packed houses. After the success of that she returned with three more solo shows culminating with the knock-out Hotel California.

She has performed in all the major UK clubs such as Just the Tonic, The Glee Club, The Comedy Store, The Stand, and Laughter House in Dublin. In 2012 she was invited to the New York Comedy Festival and charmed audiences there too.

Wendy’s new show Tiny Me wowed audiences in Edinburgh and has had Fringe success and a run at London’s Soho Theatre.

She has performed as part of The Cutting Edge at The Comedy Store in London and has written and starred in her own sitcom for BBC Scotland – Half My Age Plus Seven, broadcast in October 2014 and she writes for the Huffington Post.