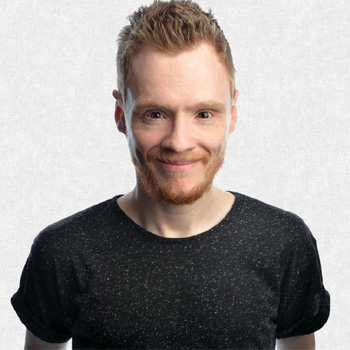 Andrew's stand up career kick-started when he received rave recognition in all the key new act competitions and he is now a regular favourite on the comedy circuit, gigging at all the major clubs across the country and building a base of discerning fans addicted to the bleakly dark comic world he creates. His 2010 Chortle Best Headliner Nomination stands testament to this.

Andrew's live performances, particularly his brilliant show at the 2011 Edinburgh Fringe Festival, have gained him international recognition as he has played at all the top comedy festivals enjoying mass critical acclaim.

He has twice performed at the Melbourne International Comedy Festival and at the 2009 Just For Laughs Comedy Festival in Montreal.  He has performed five consecutive all-new solo shows at the Edinburgh Fringe Festival - two of which were nominated for the Edinburgh Comedy Awards - where he consistently plays to sell out audiences and receives rave reviews.  In August 2010, he returned with his fifth Edinburgh show, entitled Andrew Lawrence: The Too Ugly For Television Tour 2010 and took the show on the road for his maiden UK tour.

In the autumn of 2010 Andrew appeared on Michael McIntyre's Comedy Roadshow as well as Dave's One Night Stand and in September his self-written and performed Radio 4 series 'What To Do If You're Not Like Everybody Else' hit the airwaves.

Also a talented actor Andrew was a regular for three series on the BBC3 hit show Ideal playing the role of Marco.